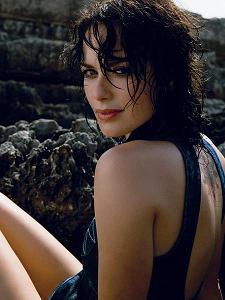 Ever since Zack Snyder’s 300 became a huge hit in 2007, Lena Headey has been fairly hot in Hollywood. Now that The Sarah Connor Chronicles has launched on Fox, Headey’s ready for some film roles. According to Coming Soon, the actress has just joined the cast of Tell-Tale, an updated version of Edgar Allan Poe’s The Tell-Tale Heart. Says Coming Soon, it also stars Josh Lucas “as a single father whose recently
transplanted heart leads him on a frantic search to find the donor’s
killer before a similar fate befalls him.”

Thus far, the team putting the film together looks prestigious and knowledgeable. The film will be produced by Ridley and Tony Scott and will be directed by Michael Cuesta of Dexter fame. Yet the seminal story has been remade at least a dozen times since the 1930s. Hopefully, Cuesta, Headey and the crew will bring something appreciably new to the tale.