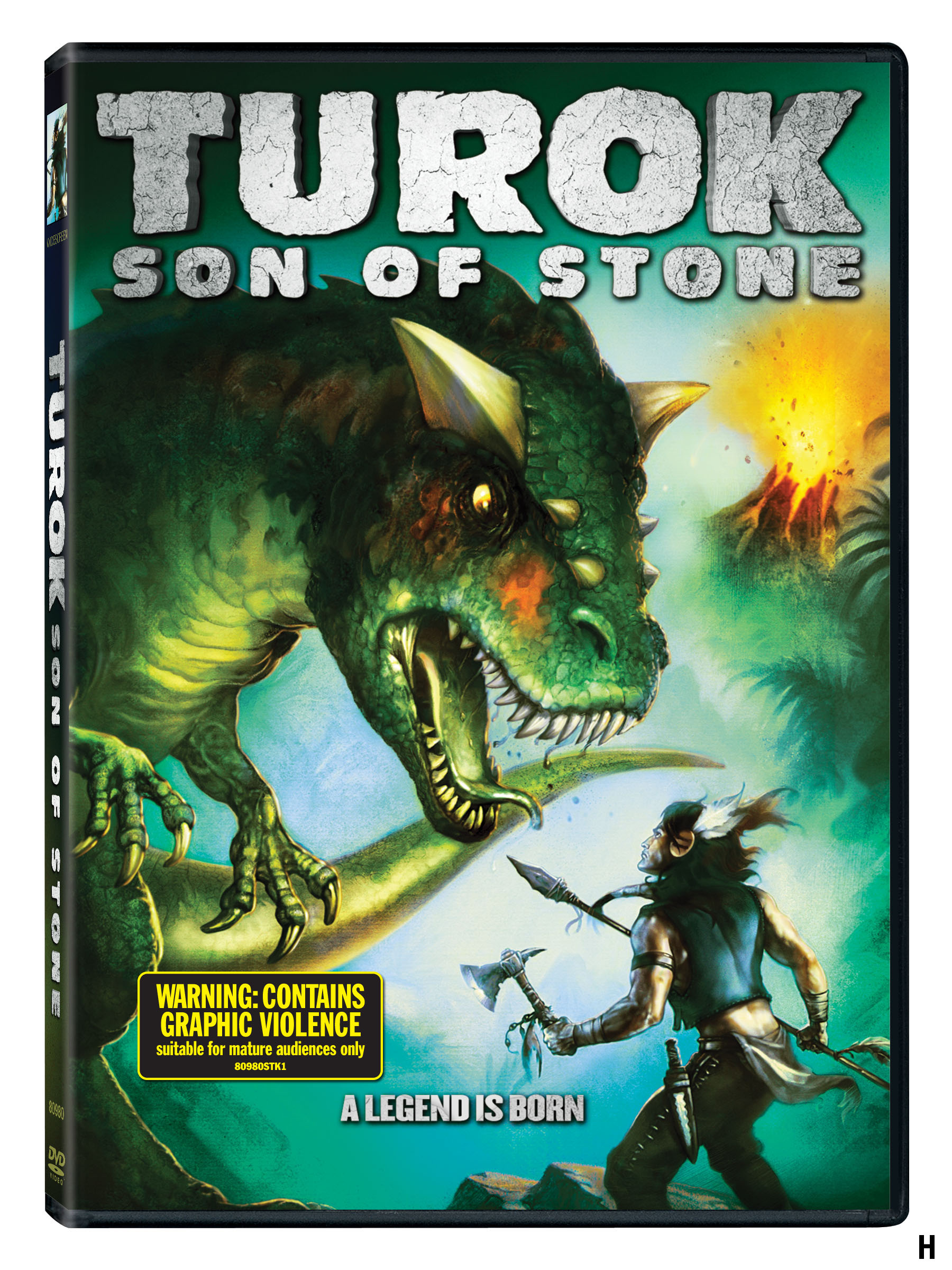 This week the Sci Fi Department looked ahead to some blockbuster comic-book movies coming your way. One title escaped our radar, so let’s put it on the record. Turok: Son of Stone was just released on DVD and it’s been gaining some serious buzz. And let me tell ya, it lives up to the hype.

Turok is an Indian warrior who first appeared in 1950’s comic books where he battled dinosaurs. He resurfaced in the 1990’s where he fought robot dinosaurs! And some people know the character from the best-selling video game. Normally I feel sorry for anyone who has to adapt such a storied character into a movie, because you can’t please all the fans. But Turok: Son of Stone might do the impossible: It delivers exciting comic-book action with a healthy does of Joseph Campbell, along with some horse decapitations, underwater dino-carnage and caveman cannibalism. What’s not to love?

Turok is a bad-ass hero. And the filmmakers share his boldness by releasing an ambitious, epic direct-to-DVD adventure.

Let’s face it, the direct-to-DVD bar has been set kinda low, so it’s invigorating when a team goes above-and- beyond to make the kind of movie they want to see. It’s A-list entertainment cloaked in a B-listed medium. (The film was produced by Evan Baily, who worked on TV’s Invader Zim, another sci-fi favorite that was too-good-for-its-own-good.)

Typical animated features are underwhelming stories aimed at an audience of pre-teens. But Turok is clearly NOT FOR KIDS. Within the first TWO MINUTES there’s a fight sequence that unleahses lyrical violence on a dreamy white background. The animation choices are smart and edgy, again not the kind of thing we’re used to seeing in feature-length cartoons.

Turok is the perfect counter-point to something like Thundarr the Barbarian — it’s got this big gimmick, but there’s an emotional core, a story of revenge, a vision quest, and consequences for the violence. The bloody, bloody violence. It’s surprising to see this kind of graphic bloodshed in animation. The movie recalls Ralph Bakshi’s Fire and Ice without the self-importance (or the creepy cartoon lust.) My one complaint about the film is not the excess of violence but but the repetition — we see a lot of people getting impaled by long sticks through the center of their chests.

I hope Turok will ignite a renaissance of top-shelf animated pulp fantasy for adult audiences.