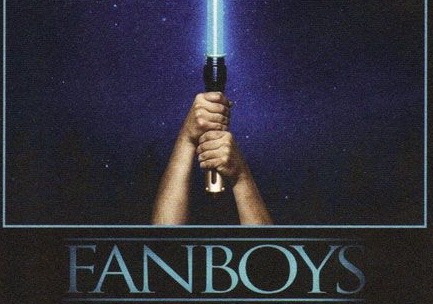 Fanboys is a great idea on paper, or in this case, on the IMDB: “Star Wars” fans travel to Skywalker Ranch to steal an early copy of  Episode I: The Phantom Menace for their dying friend.” It sounds like a great idea for a comedy. So why is the Weinstein Co. so intent on ruining it?

Over at Cinematical, they’ve compiled all the rumors about this Star Wars-themed comedy, and it doesn’t look promising. The whole cancer subplot was ultimately decried as a “downer” by the Weinsteins, so instead of stealing an early print of Phantom Menace for a dying friend, it’s now just because they are greedy, self-entitled punks willing to commit a couple felonies to see a movie early. Also, apparently the film has been loaded up with obscenity and flailing breasts to appeal to the oh-so-critical Meet the Spartans crowd.

What’s happened to this movie drives me bonkers, but I will say that there is some sense to removing the cancer angle: it would be a black comedy indeed where a copy of Phantom Menace was stolen for a dying friend, only to have George Lucas’ writing and directing kill the poor kid before the cancer can.

The Dirty Truth About “Fanboys” [Cinematical]