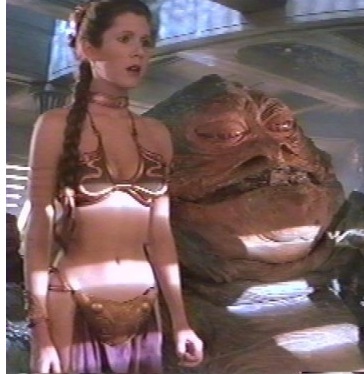 Sure, it’s not as execrable as its prequel-sequels, but I think any fan would agree that Richard Marquand’s Return of the Jedi is the worst of the original Star Wars movies. It starts out great — I still think the 30-minute mini-adventure rescuing Han from Jabba’s palace is some of the most exciting action the original trilogy has to offer. But it bites the wax tadpole to introduce Ewoks and turn Leia into Luke’s sister. Stupid.

And it has other faults. The big one is the actors just feel a lot more amateurish. The dialogue is stilted, especially compared to Empire Strikes Back. Is this the fault of Marquand? Perhaps, but it feels more like he was bossed around by George Lucas, and it starts the trend of creatively-isolated Star Wars we saw continue to the prequels.

Now that tradition might continue to television! The Force.Net has
picked up word that Richard Marquand’s son Jim has been offered a job
directing some episodes of the supposedly upcoming but still
unconfirmed Star Wars live-action television series next year. Let’s hope he’s a bit more creative and a little less of a suck-up than his old man.

Director Announced For Next Star Wars [The Force]