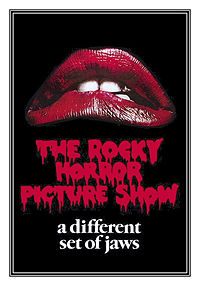 Some enterprising individual has put The Rocky Horror Picture Show on YouTube. The movie/musical parody, starring a young, beautiful Susan Sarandon and the hilarious Tim Curry, is chopped up into 34 videos. But if you have the patience and the deep, abiding, cult love for the movie, that shouldn’t be a problem.

For fans, some facts: Rocky Horror also starred Nell Campbell, longtime owner of the Manhattan club Nell’s, a staple of New York nightlife in the1980s and 1990s. The movie’s outlandish costumes were made on a shoestring budget of only $1600. The movie itself was made for a song. Rocky Horror, budgeted at a little over a million dollars, has made $113 million in this country alone, according to Box Office Mojo.