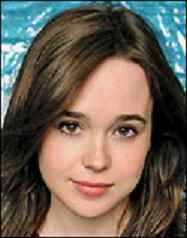 We’re not in Juno, anymore. Ellen Page is slated to star in the psychological thriller Peacock, and it’s a strange one. Says Variety, “The title is derived from tiny Peacock, Neb., where (Cillian) Murphy’s character,
a split personality, fools the town into believing his two alter egos
are man and wife. Page plays a struggling young mother who holds the
key to his past and sparks a battle between the personalities.” Judging from the description, Murphy — who has starred in films as diverse as 28 Days Later and Cold Mountain — may very well be right when he states that Peacock “offers an incredible challenge to an actor — one I couldn’t turn down.”

This film represents the kind of challenge that can either make or break a career. But while Murphy and Page can most likely survive a cinematic disaster, the project is certainly a gamble for first-time director Michael Lander, who’s only done a short film prior to this. He also did this YouTube short clip called Peacock in what looks like an effort to get the feature gig. It’s hard to tell from the clip what Lander will do with the movie. What do you Monsterfesters think?