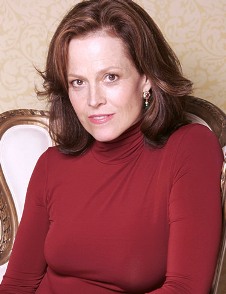 Ghostbusters III has long been the holy grail of the Internet, with various screenplays supposedly in existence, including many written by fans. Dan Aykroyd started making noise about a script he’d written, and for one hot minute, it almost looked as if all the pieces had fallen into place. However, since the new Ghostbusters video game has been announced, Aykroyd seems to have lost steam, stating the game is “closest to a third movie that you can get.”

Sigourney Weaver disagrees. In an upcoming interview, she shares her opinion on the true heir to their legacy. “I think, if anything, Be Kind, Rewind is kind of a Ghostbusters for this time,” Weaver told Cinematical‘s Ryan Stewart, who conducted the interview for Premiere. Rewind, which opens this week, features Jack Black and Mos Def struggling to recreate the story and special effects of the original blockbuster hit with home video equipment. As for a real sequel? Weaver doesn’t mince words: “I just saw Ivan Reitman at this dinner, this lunch for his son, and, ummm, there’s no way.”