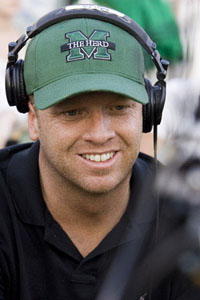 Sure, Arnold is running California and probably doesn’t have time for movies. But it’s a good thing that Christian Bale is the new Arnold in Terminator Salvation: The Future Begins.

And what about the monsters? The film is supposed to be in theaters by June 2009, and director McG is casting now. Would you want to see Josh Brolin replace Robert Patrick as the most evil of those shiny, red-eyed, skeletal Terminators? McG seems to. He tells The 213 that guys like Russell Crowe and Eric Bana “bring a good physicality,” but adds that at the end of the day they may not be right, and that Josh Brolin is an “exciting actor.”