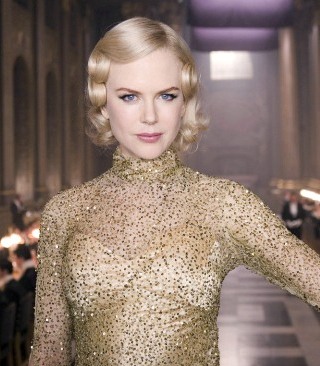 Yet curiously, now that the winners are in, genre films were surprisingly underrepresented, despite it being a banner year for fantasy and science-fiction. In fact, only one genre film won an Oscar: The Golden Compass, based on the first novel in Phillip Pullman’s His Dark Materials trilogy, for Best Visual Effects.

The award was received by senior visual-effects supervisor Mike
Fink: “We just brought a small quote from Walt Disney, who
said ‘It’s kind of fun to do the impossible.'”

That it is, but I’m a bit shocked: As much as I enjoyed The Golden Compass (and I did), its effects really didn’t blow me away. On the other hand, as much as I revile Michael Bay’s Transformers (which was Compass‘s
direct competitor) I will say that they did excellent work mocking-up
how one giant robot might pile another through a skyscraper. I can only
assume Transformers lost because even Hollywood’s not so up-its-own-sphincter that they could justify giving a Michael Bay production an Oscar.