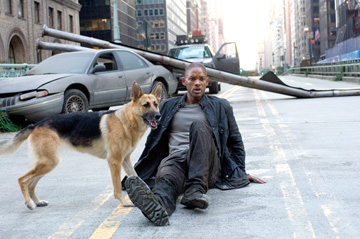 A legend can’t just have one DVD incarnation — and Warner Bros. knows this better than anyone. That’s why I Am Legend will street with not one, not two, but four DVD versions on March 18. The standard edition DVD will feature a set of four animated comics — Death as a Gift, Isolation, Sacrificing the Few for the Many, and Shelter, ShockTillYouDrop.com reports. The two-disc Special Edition has the same animated comics, but also includes a new “controversial ending” and an alternative cut of the film. Both Blu-Ray and HD-DVD/DVD release will also hit the streets the same day.