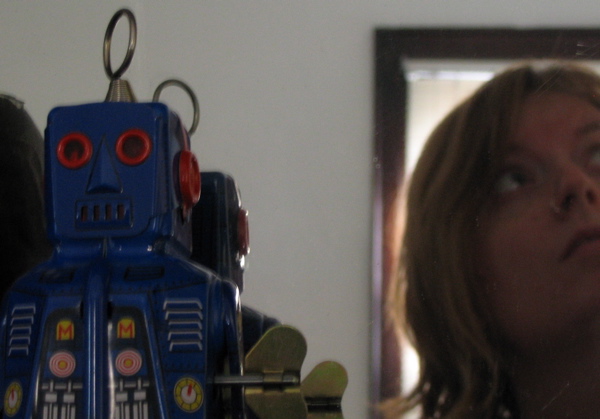 Q: What inspired you to start Final Girl?

A: It’s a long, sordid tale involving four bottles of Boone’s Farm (Wild Island flavor), a My Bloody Valentine videotape, and the advice of a wise old prostitue I knew who called herself “Dazzlah.”

No wait, that’s the story of how I got my tattoo.  Uh, the origins of Final Girl are far more mundane, I’m afraid.  I discovered the (then-tiny) horror blogosphere in 2005 and decided more or less on a whim to become part of it by writing about slasher movies.  I didn’t know from ‘blog’ and I’d never really wriatten much before, but I thought it would be a fun way to indulge my passion for scary movies.

Anyway, see, I told you it was mundane.  Can I say that it came to me in a dream?

Q: From Final Girl to Pretty/Scary, women are becoming more outspoken in their love of horror.  Is it getting easier to be taken seriously by the “boy’s club” of horror fans?

A: Obviously I’ve got a femine point of view due to the fact that I’ve got, like ovaries and stuff, but I certainly hope this doesn’t render my opinions any more or less valid than anyone else’s.  Judging by the comments and e-mails I receive about Final Girl, it seems that most of my readers are male, and no one has ever played the “you don’t know what you’re talking about because you’re a girl!” card when they disagree with my opinion.  I’ve never felt any slights, really, due to my gender; of course, whether or not anyone takes me seriously or not, well, I have no idea.  I’ll say that my girlfriends who are into horror can more than hold their own with any other genre fan regardless of what type of “private no-no parts” are lurking below.

If anything, I feel a bit out of place when I go to a horror convention or some such function because I’m not all gothed-out.  It’s almost as if you’re not a true horror fan if you don’t dress a certain way.  Because, you know, there’s a minimal number of piercings (4) before anyone will really talk with you about The Boogens.

Q: Let’s say that you were an actual “final girl”.  What maniac would you want chasing you?

A: Certainly not Freddy Krueger, because I like to sleep…and I’d hate to have to listen to those stupid jokes of his.  Not Micheal Myers, because he can drive — and he will drive, clear across the country if he decides he wants to kill you.  Pinhead and company can magically appear anywhere and they really like to inflict pain, so no thanks.  Jason is pretty much indestructible and he looks like he’d smell really bad…how about Leatherface?  He’s scary as hell, but he sticks close to home…and I think I could outrun him.

Q: Do you have a favorite horror movie you want to recommend to our readers?

A: But…but… I have so many!  I’m currently really into Pieces, a trashy 1982 slasher flick that is so, so bad…so bad that it kind of rules.  It’s gory, nonsensical, and it’s totally a great movie to watch with a group of friends.