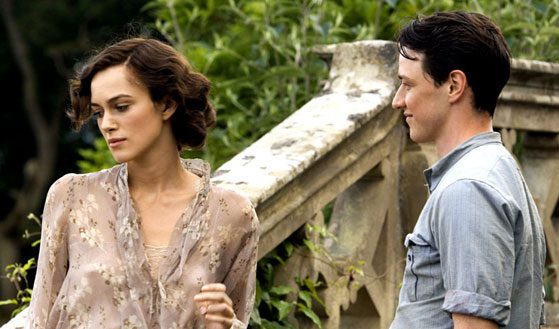 The Academy snubbed mass-appeal films like Zodiac, American Gangster, and Knocked Up this year in favor of artistic-minded efforts like Atonement, There Will Be Blood and No Country for Old Men. But if audience favorites are ignored by the Oscars will the Oscars be ignored by audiences?  “If studios surrender giving awards to
wonderful artists in big theatrical movies, it will not be a good
thing,” say Shootout co-host Peter Guber.

Guber isn’t knocking arty films. This year’s artistic nominees merit the Academy’s consideration, and Guber thinks the upwelling of talent represented by the movies is “wonderful.” Shootout co-host Peter Bart says he admires filmmakers willing to “work against the system.”

“But what about the big films?” asks Guber. “What about Russell Crowe in American Gangster? Why wasn’t he been recognized? … Is there a backlash?”

Zodiac, says Bart, was “a beautifully shot picture, but no one mentions it. It’s like it disappeared into some maw.”

What’s happening? So-called independent or specialty films are now owned and financed by the major studios, explains Guber. While the studios can’t squeeze much more out of the box office from big successes like Pirates of the Caribbean 3 or Spider-Man 3, the major studios think awards will help them earn more from their smaller grossing independent pictures.

Bart disagrees. “I don’t think it has anything to do with a strategy or the studios,” he muses. “There’s something in the ether. People really are responding more to…art pictures.” Appearing in a major film will invoke an Oscar snub, says Bart. (Both Bart and Guber agree Juno may be a cross-over film, both independent in spirit and mass in appeal. Notes Guber, “It’s the only film that had an upbeat ending.”)

As the interest level in nominated films goes down, so will movie buzz, fears Guber.

He suggests the Oscars reorganize themselves. Major film festivals have introduced the audience award, says Bart, and maybe the Oscars should consider that.

“At the end of the day…most of the [artsy] films will end up in the trash bin of film history,” says Guber.

Comments open below. Go to our Talk section to start your own discussion.