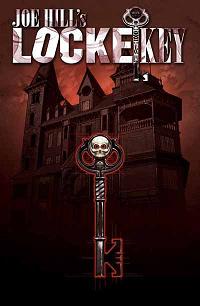 By now, everyone knows that bestselling horror writer Joe Hill is Stephen King’s son. And like his prolific father, Hill is quickly carving his own niche. His nightmarish novel, Heart-Shaped Box, was scooped up by Warner Bros. and a well-received collection of short stories was recently released. Now, Dimension Films has seen fit to purchase the rights to Hill’s graphic novel, Locke & Key.

Says Variety, the story is about a group of group of kids who become caretakers of a mansion and “discover doors that take them to different places, give them
powers and even alter gender and skin color. Behind one door is a
dangerously violent creature.” (Where would horror tales be without locked doors as plot points?) It’s clear to any horror fan that Joe Hill is on a roll. Hopefully, Hollywood can do justice to his work, which is grittier and more violent than his dad’s.