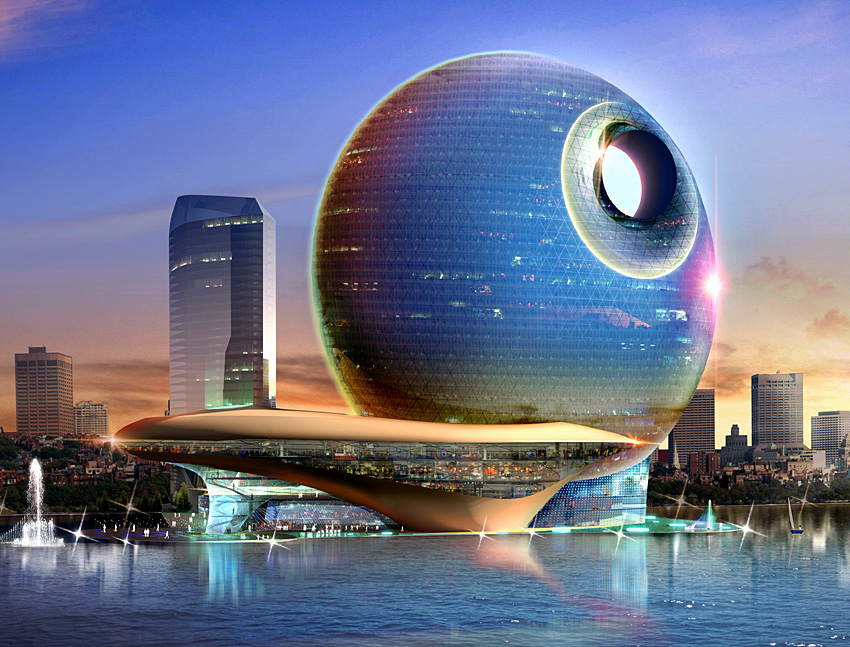 It’s as if the Death Star, attacked by Rebels, fell through a wormhole, passed through the Disco Universe and collided with Azerbaijani: Meet the Hotel Full Moon, Heerim Architects’ concept to reinvent both the skyscraper and hotel in the implausible locale of Baku on the Caspian Sea.

Even they’re using the word “Death Star” to describe it:

Hotel Full Moon is essentially a disc with rounded edges and a hole in one of the top corners that appears radically different to the view depending on the angle it is seen from. The frontage thanks to the bulging centre makes it appear more like a glass death star whilst the side profile is more than a little gherkinesque.

Let’s just hope terrorists don’t take a cue from the New Republic and discover that thermal vent in the back that leads straight to the core. One photon torpedo… and boom.