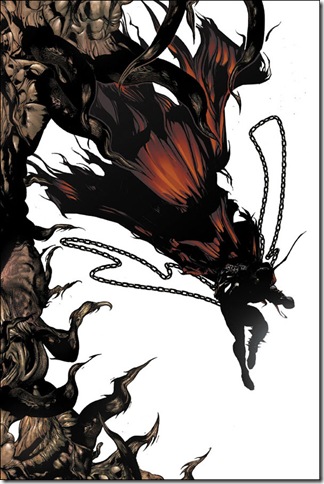 • Great White Snark lists the five best sci-fi apocalypses. Death by amorous Marilyn Monrobots is not there, but a plague that only kills men is.

• Michael Bay claims to have written Transformers 2 already. If by “write” you mean “smashed together Transformers action figures while making explodey sounds with his mouth.”

• Lost will only get an unlucky 13 episodes this season.

• SF Signal quizzes a gaggle of sci-fi editors and authors about the purpose of short fiction in a novelist’s world.

• And speaking of Trek XI, Paramount has now optioned an entirely new logo.