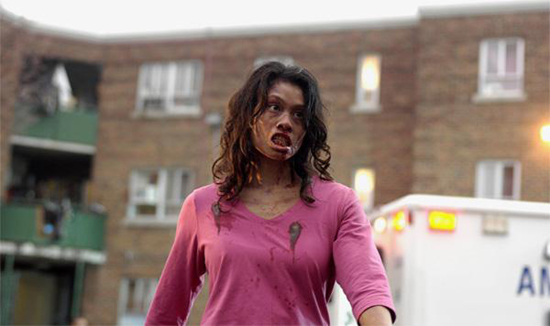 Unless you made it to the Fantastic Fest, Sundance or Toronto, you probably haven’t caught a glimpse yet of George A. Romero’s Diary of the Dead . Buzz has been good for this eagerly-awaited zombie movie by the undisputed master of the form. Indeed, Film Comment named this fright flick one of the Best Unreleased Movies of 2007 and offered an excellent feature story about it in their December/January issue. Fortunately for those without enough frequent flyer miles, a clip has popped up on ShockTillYouDrop.com to revive any flat-lining interest. Diary of the Dead will officially come to life with a limited release on Friday, February 15. Sounds like it’s time to look and see if it’s coming to a theater near you.