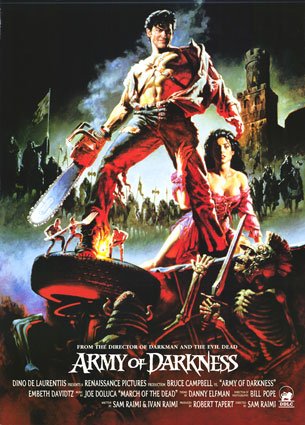 I was watching eSplatter’s exclusive interview with Ellen Sandweiss –some of you may remember her as the first woman to be sexually assaulted by a tree in Sam Raimi’s seminal The Evil Dead, the precursor to Army of Darkness.

In the interview, Sandweiss, who had essentially disappeared from horror and film altogether minus a few small roles, announced she would be reuniting with Bruce Campbell and Ted Raimi (Sam’s brother) in an upcoming film called The Horribleness, which she says will be “a hysterical horror-comedy script in the nature of The Munsters or The Addams Family.”

Between Bruce Campbell’s Ash and the reunion of Evil Dead cast members, this project sounds like it could have the makings of the next great horror farce.