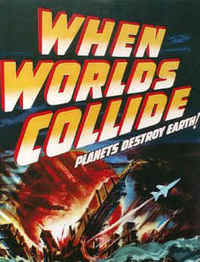 The scientifically doom-mongering popular press did not die out with the slush papers of the 19th Century, it just moved onto the BBC and the Discovery Channel in documentary form—narrated by a token sci-fi celebrity.

Consider this little documentary, creatively titled What If We Had No Moon? It’s a neat little mini-doc, explaining how the moon was likely formed during a prehistoric collision between the Earth and a rogue, Mars-sized planetoid, then goes on to explain the repercussions we would face without our primary satellite.

But really, the whole documentary is just an excuse for Patrick Stewart to grimly narrate CGI footage of Mars colliding with modern-day London, When Worlds Collide style which is plenty neat. And for referring to a pre-collision Earth as "Earth Mark 1," it gets extra points for pizazz.

If We Had No Moon [POETV]