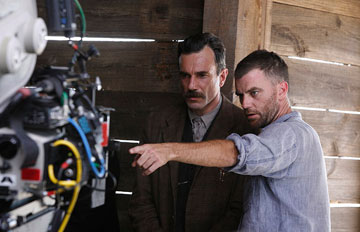 OK, keep in mind this is an Internet rumor we’re talking about here.

According to Bloody Disgusting, Paul Thomas Anderson, fresh off the possible Oscar glow of There Will Be Blood, is considering making a horror movie.  There’s no script, no title, and as far as we know, no actual truth to this story (not that we doubt BD, but like I said, it’s the Internet).  That said, there’s very little reason for PTA to not make a fright flick; as we’ve previously reported, Anderson considers There Will Be Blood to be part horror film, claiming that he took part of the inspiration for the Daniel Plainview character from Dracula.  On top of that, Anderson happens to be the son of the late Ernie Anderson, better known as Cleveland TV horror host Ghoulardi (also the name of Anderson’s production company). Horror runs in his family.