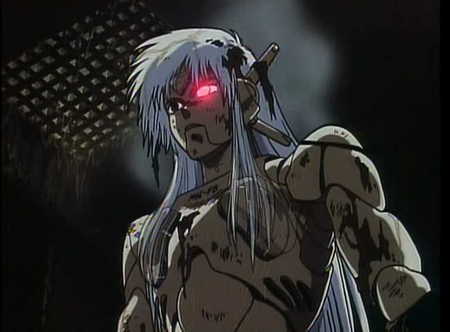 While The Matrix sequels were largely unwatchable duds, The Animatrix—the Wachowski Brothers’ collection of Matrix-inspired anime vignettes—is a gem. Shorts like The Second Renaissance put both the dramatic pacing and ideas of the Matrix’s creators to shame. It was a fine effort, and after it was done, I found myself wishing that more directors would take a similar tack with spinning off franchises.

Looks like I’m getting my wish. The consulting producer of Terminator 4 has indicated that an animated tie-in called Termination will be released sometime in 2009, after the film is released. Middleton claims Termination will be done in a sort of pan-cultural Animatrix style, with European animators being invited to contribute along with Japanese anime visionaries.

I love the idea, but what I’d love to really see is an animated franchise cross-over: The Terminatrix. The worlds already have so much in common, why not just make Terminator‘s War Against The Machines the prologue to the building of the Matrix. Fat chance, I know, but there’s been wackier Terminator tie-ins: for example, Frank Miller’s surprisingly neato Robocop vs. Terminator.

Terminator on the Big screen, the Small Screen and in Animated Form! [IESB]