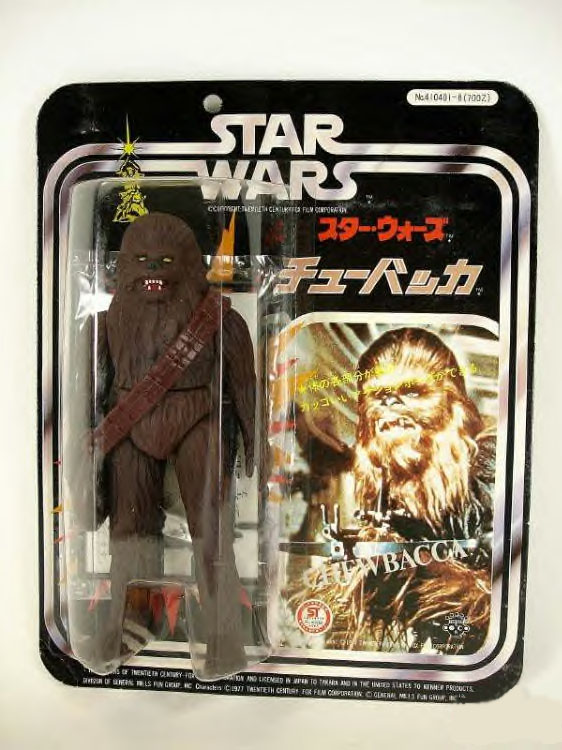 Obviously, the Star Wars phenomenon is international, but we rarely see the fanboy fervor from more Asiatic climes: the Japanese cosplay conventions where a raven-haired school girl puts her hair in buns and plays Leia, or a middle-aged salary man puts on an orange jumpsuit and pretends to be Luke Skywalker despite the discrepancy of his complexion and epicanthic folds.

But I personally think it’s all pretty neat, which is why I was fascinated with this article over at Rebelscum.com which explains the history of Japanese Star Wars collecting.

The whole thing should be read, but I found this part to be fascinating:

In 1978, turmoil from a galaxy far, far away finally reached the big screens in Japan. Tickets were selling by the thousands, and in every big city everyone was talking about the new Star Wars movie. The stage had been set for a new promotional era in Japan. The first company to realize this potential was Coca-Cola. They had devised an ingenious marketing plan that not only boosted sales, but also began a race for toy products throughout Japan. They began advertising new bottle caps which would contain a small vinyl picture of characters and scenes from the movie.