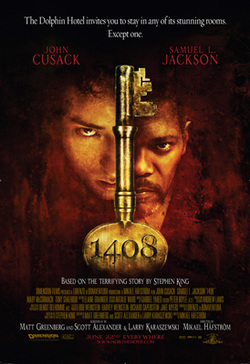 We’ve been saying it all year long, and now that 2007 has finally come to pass we can report for sure that horror movies are losing their bite at the box office.

2007’s top ten horror films grossed an estimated $436 million combined as of January 2, with 1408 taking the top spot as the year’s biggest horror grosser, followed by Saw IV.  While that’s not a bad number, compare that to the $515 million that the top ten grossed in 2006, and it’s plain to see that audiences weren’t as interested in getting scared last year.  Several high-profile horror films flopped outright (like The Mist and, surprisingly, Grindhouse ) while most sequels (Hannibal Rising, 28 Weeks Later ) didn’t match the original film’s grosses .  Even Saw IV‘s gross saw a $17 million drop from Saw III.

If there’s any good news, it’s that when the dust settles the numbers will probably go up a bit, as two of the films in the top ten (Sweeney Todd and Aliens vs. Predator: Requiem) have just opened and will both probably top out at about $50 -$60 million each,   In fact, Sweeney could end up as the biggest horror title of the year if it gets the Oscar attention it’s expected to.

The 2007 Horror Top Ten (all numbers in millions)