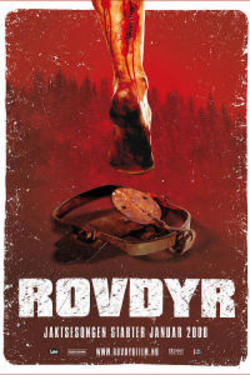 You doesn’t usually think of Scandinavia when you’re thinking of splatter movies so it seems worth noting that the slasher flick Rovdyr has just received an 18+ rating from the Norwegian film board. That makes it the first film in 20 years to receive such a designation. The film, which drops in the land of the fjords next week and whose title translates as "predator," has a very disturbing trailer. What starts out as an almost bucolic road trip segues halfway through to screaming, chasing, knifing, shooting, and torture.  The influences of everything from Captivity to Texas Chainsaw Massacre to Saw are not hard to spot. Fans of torture porn will likely hope that director Patrik Syverson’s frightfest will see a release date in the U.S. sooner than later. The question is does horror in Norwegian have a chance at the broadspread appeal of one in Korean like The Host.