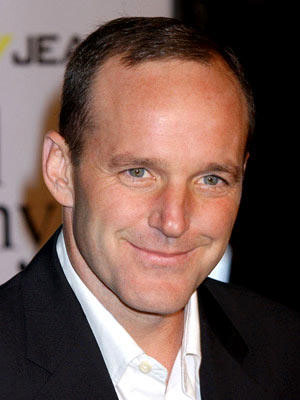 For most of his career, Clark Gregg has played “that guy” in movies. His characters more or less have been nameless; but he also gets enough notable lines to trigger some level of recall. (You may remember him as Dr. Walters in The Usual Suspects ). Finally, that’s about to change. Premiering at Sundance on Monday is Choke, a big screen adaptation of Fight Club author Chuck Palahniuk’s novel. And not only is Gregg one of its stars, he also wrote the screenplay and directed.

The story follows a sex addict / con man (Sam Rockwell) who, in order to pay for his mother’s (Anjelica Huston) hospital bills, pretends to choke on food while dining in upscale restaurants. “The tone was tricky to capture,” Gregg said to the Burlington Free Press. “This edgy material and me, with no track record whatsoever, made it a dicey proposition. I’m dealing with…a central character who thinks he may have been cloned from the foreskin of Jesus.”

Given the film’s, ahem, interesting plotlines and its director’s rawness, Gregg is limiting his expectations in terms of what to expect from Sundance: “Dark comedies like this are not always popular at Sundance,” he said. “Audiences tend to prefer serious, classic indies.”

But everyone defines success differently. As he told indieWIRE, “All I wanted to do for so many years was to make a movie; to write it and direct it and act in it. The simple fact of achieving those three objectives feels like an absurd success to me. If it’s not too greedy to say so, I would like to make another one.”