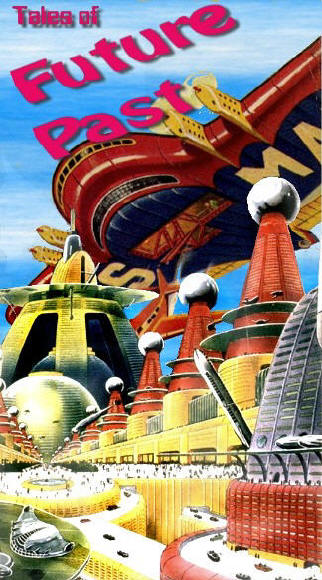 The future is not what it used to be. That’s the message David H. Szondy is trying to get across with his website, Tales of Future Past, an archive of more than 1,200 pages of imaginings about the future, from the period between 1908, when Hugo Gernsback first began publishing Modern Electrics, to the 1964 World’s Fair. “There was a time when people were talking about the 21st century like it wasn’t just a date. It wasn’t just that there were going to be all these wonderful gadgets, but it was going to be a completely different world,” Szondy says.

Tales of Future Past isn’t about the musings of some turn-of-the-century science fiction writer huddled over his typewriter. It’s about legitimate scientists making predictions in legitimate publications–like Popular Mechanics. And now that we’ve reached the 21st Century, those predictions are laughable at best. It’s a world where hundreds of thousands of people live in buildings four times the size of the Empire State. Or a world where rockets propelled trains and where death rays defended those dearest to you. “There are absurdities about the ways people looked at the future,” Szondy explains. “But they were glorious absurdities, absurdities of people who really were making big dreams. Then people stopped making those sorts of predictions.”

Why did the world stop dreaming? Because society grew up and recognized the realities behind our imaginations. “There is still a great interest in the future,” Szondy begins, “but I think we are much more restrained with it. Back then it just seemed limitless what technology could do, whereas today we see there are side effects–not defects–in it that you can’t get rid of. The automobile, no matter how you improve and tinker with it, it is still going to be a box with wheels that takes up so much space.”

Szondy explains that you can see how we matured by contrasting SciFi films between the two eras: “In 2001: A Space Odyssey Kubrick tried to be so accurate they actually got a guy from NASA to do a lot of the set design. He didn’t place any of the action on Earth because he had no idea what it would look like in 2001.” Then, he says, with the release of Star Wars in 1977, science fiction was no longer became about predicting the future, but about creating a continuity within a universe in order to tell a story. “You see the future being portrayed less as prediction, more as props,” he says. “There was absolutely no attempt to make any of the technology there credible.”

Despite the fact that we’ve advanced as a society, the fantastical dreams of “future past” are not without their benefits–that’s why the website is relevant. In the 1930s, scientists predicted that man would land on the moon by the turn of the century–and it actually happened just 30 years later, in 1969, because of our ability as a society to realize some of our most outlandish dreams. “You can make these incredible predictions, but you’re going to have a very good chance of ending up with egg on your face,” Szondy says. “But if you are actually going to do the big things, you’d better be willing to get egg on your face.”