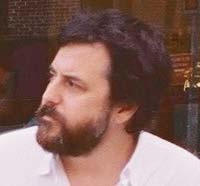 This isn’t the best of times for Universal Pictures. First, Brad Pitt left the thriller, State of Play. Now comes news that director Mark Romanek has left The Wolf Man over so-called “creative differences.” According to Variety, Romanek left the film on Monday evening. Variety reports, “The film has long had Benicio Del Toro aboard to play the werewolf, and the studio just set Emily Blunt (Charlie Wilson’s War) and Anthony Hopkins to play the other leads in the film. The studio maintains that Romanek left the project in strong shape and that it expects to set another director quickly. No word on whether a Feb. 18 start date will remain in place.” Hmmm. It seems rare and even strange that a director would leave a movie just before it begins to shoot. Hurray for the One Hour Photo director for sticking to his guns.