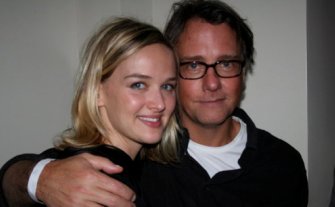 Given its highly sexual content, Teeth seems like the kind of horror movie that not everyone will see, but everyone will be talking about it anyway. Here are some reviewers who have done both:

“Teeth bites off more than it can chew.” –Todd McCarthy, Variety

“As much as you applaud its satiric nerve, once Teeth has demonstrated how far it will go, its joke becomes repetitive. Before the movie’s over, the screen is littered with severed pieces of the male anatomy, one of which is snapped up by a dog. Ho-hum.” –Stephen Holden,
The New York Times

“One wonders if this is what a teenage romantic comedy might look like if David Lynch had made it.” –James Berardinelli, ReelViews

“Even if the movie’s little more than a curio, I love the thought of Lichtenstein at the pitch meeting: ‘It’s Jaws meets The Vagina Monologues!'” –Jim Ridley, The Village Voice

“More than just a horror-comedy, the film highlights the consequences of a society that makes sex a taboo subject and imposes impossible standards on its youth. Ignorance is the real danger here–not teeth.” –Jamie Tipps,
Film Threat

“It’s a movie you can take your slob cousin and your thesis advisor to on the same evening, and how many movies get to say that?” –Ray Greene, Boxoffice