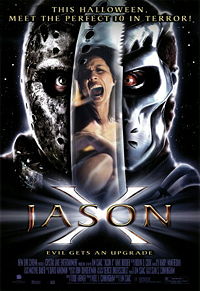 Remember Kane Hodder, the actor who played Jason Voohees so many times in the Friday the 13th series? Well, Fangoria says he’s about to branch out, kinda, sorta. Hodder is working on a super-secret video game which he is not at liberty to name. Says Hodder, “I’m performing the motion capture for a character who is…I guess you could say he’s a slasher.”

Although Hodder has been stereotyped yet again, it will be interesting to see whether or not he can indeed bring something new to the genre in particular and video games in general.