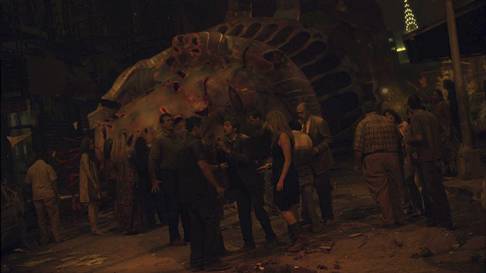 The buzz before Cloverfield‘s January 18th release was at a fever pitch, which paid off with a four-day weekend opening gross record of $46 million, according to Box Office Mojo. Rumblings of a sequel are already brewing.

“[The creative team] has fleshed out an entire backstory which, if we’re lucky, we might get to explore in future films,” producer Bryan Burk told Entertainment Weekly.

But the masses aren’t screaming of a sequel. Cloverfield might prove to be a bust–evidently people are bothered by Cloverfield‘s vomit-inducing camera work.