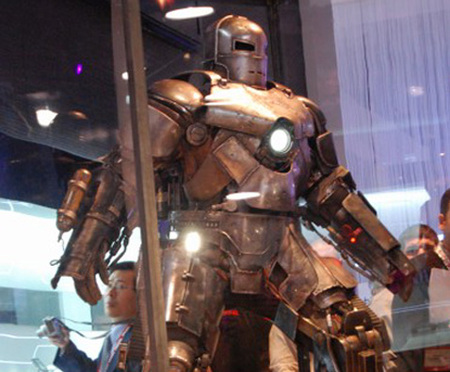 One thing I was talking to a friend about recently, though, was how I had zero interest in Iron Man when Robert Downey Jr. (the perfect Tony Stark) strips out of the Mark-1 suit. Iron Man’s origin story (captured by terrorists, builds a primitive suit of servo-controlled mechanical armor to escape captivity) is so much more interesting than the rest of the mythos, both from a retrofuturistic design and plot perspective. Unlike other superheroes, Iron Man actually gets less interesting the more powers he gets.

I’m starting to worry that Iron Man may be my Return of the Jedi of superhero movies: I’ll love the first thirty minutes and find the rest boring and unwatchable. Anyone have similar fears?