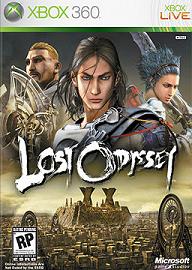 Why are most SciFi gamers eagerly awaiting the February release of the four-disk role playing game Lost Odyssey? Because Hironobu Sakaguchi, the creator of the highly regarded Final Fantasy series of games, is leading the team. Years in the making, the game features more than 40 hours of play. To find out about the giant mechs, winged monsters, and proud adventurers in Lost Odyssey, check out the latest video from Game Trailers. Sakaguchi hasn’t reinvented the role playing game, but he has added his signature realistic graphics and a script by the famous Japanese novelist Kiyoshi Shigematsu. Maybe Sakaguchi-san finally realized that his writing was one of the weak spots in the Final Fantasy movies.