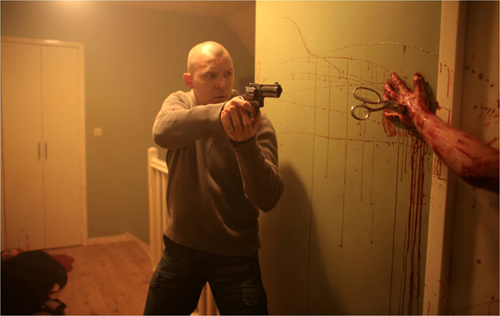 Last week we posted that the much-talked-about French chiller Inside will be a part of the Film Comment Selects screenings that take place Feb. 14-28 at New York’s Lincoln Center–and that it will probably get released on DVD for the rest of us. That has been confirmed by Dimension Extreme, the DVD label owned by The Weinstein Company. Although we would have preferred a limited release, at least we won’t have to wait long for the gruesome tale of a woman who loses her husband in a car crash and finds herself terrorized by an insane woman four months later. No official special features or release date is provided, but the site did post several new stills from the film.