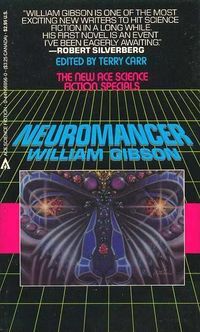 Hayden Christensen’s career is marred by one of the lamest performances in all of sci-fi. Star Wars fans already had a hard enough time swallowing the idea that, in his youth, Darth Vader looked like he’d just walked out of a video as a back-up dancer for ‘N Sync, but to then watch Christensen stumble through the prequels in some sort of glaze-eyed thorazine shuffle pushed many of us over the edge.

As time goes by, it seems less and less likely that this was really an issue with Christensen, and more a problem with George Lucas as a director. Regardless, I don’t know anyone who’s going to be happy about the latest gossip: Christensen has been cast as a hacker case in the upcoming Hollywood treatment of William Gibson’s cyberpunk-defining novel, Neuromancer.

This project already has a lot of strikes against it. It’s been stuck in development hell for almost two decades, it’s being directed by the man behind Torque , and, it’s based on a book that has a lot of cool ideas which have already been stolen wholesale by other films. For me, it’ll all come down to who they get to play Molly Millions, the street samurai.