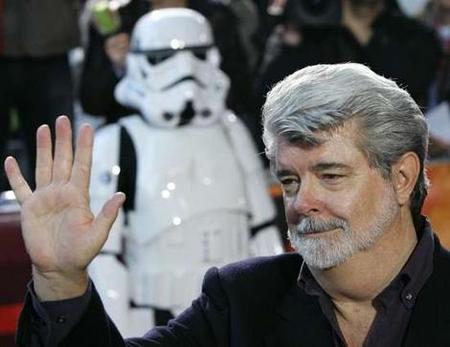 The problem with success and fame, even in miniscule, is that your support structure becomes a closed loop of mindless affirmation. The people most insistent on staying in your life tend to be fans; without diligence, it becomes harder and harder to separate good ideas from bad.

George Lucas is a perfect illustration for this concept: a man who is surrounded by so many yes-men that he simply cannot close the door when Jar Jar Binks wants to enter.

Proof? Here’s a quote from Lucas on why he won’t listen to any criticism of Indiana Jones and the Kingdom of the Crystal Skull:

MeaI know the critics are going to hate it [meaning the new Indy film]. They already hate it. So there’s nothing we can do about that. They hate the idea that we’re making another one. They’ve already made up their minds… The fans are all upset. They’re always going to be upset. ‘Why did he do it like this? And why didn’t he do it like this?’ They write their own movie, and then, if you don’t do their movie, they get upset about it. So you just have to stand by for the bricks and the custard pies, because they’re going to come flying your way.

I’m not going to get in some long drawn out debate with sci-fi’s resident smug beardneck, so I’ll just say this: George, every fan wanted to love the Star Wars prequels. But you can’t write and you don’t know how to direct, and that’s the problem, not the people outside your affirmation circle.