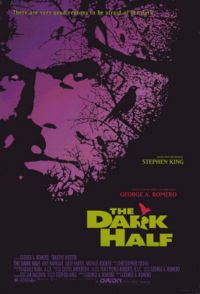 Was anyone surprised when the master of horror Stephen King wrote a novel about a pulp writer, Thad Beaumont, whose pen-name materializes and starts killing everyone using the sadistic methods that Beaumont wrote? Probably not–the story is essentially the embodiment of King’s own worst nightmare. What is surprising is that Night of the Living Dead director George A. Romero’s 1993 adaptation of The Dark Half is actually frightening, even with the whole twin brother growing from a tumor in the writer’s brain bit. Pay close attention to Beaumont’s office, which was ironically shot at the office of William & Jefferson College’s chaplain. And while you’re watching, ponder the fact that thanks to Orion Pictures’ highly-publicized bankruptcy, this moody fright flick was stuck in distribution limbo for two years.