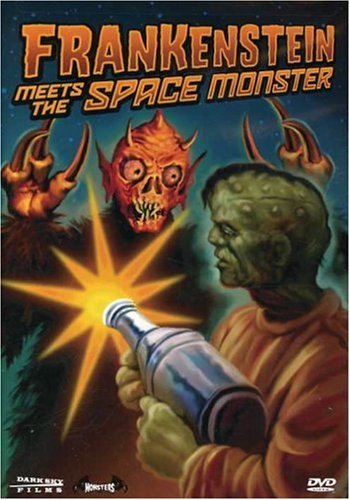 As you’d expect from the title, Frankenstein Meets the Space Monster
has a kooky plot: Post-apocalyptic Martians looking to harvest women in
Puerto Rico shoot down NASA’s android Frank while he’s orbiting in
space, thereby damaging his brain and turning him into a zombie. As you
might not guess, this 1965 cult classic from director Robert
Gaffney is a hilarious self-parody, complete with nighttime bikini pool
parties, garage band rock n’ roll, a ton of stock footage, and some
seriously outlandish overacting. This is the kind of B-movie that would
go on to inspire Tim Burton’s Mars Attacks ! On a sidenote, watch closely and you’ll catch a glimpse of Bruce Glover—father to Back to the Future weirdo Crispin—who plays not only one of the alien soldiers, but also, some speculate, the Space Monster himself.
Frankenstein Meets the Space Monster airs tonight, Friday January 11 at 1 a.m. EST / 11 p.m. C on AMC.
Read More
Share