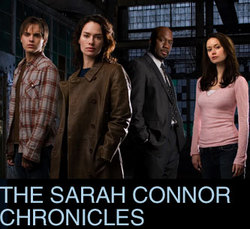 The amazing football game was over; the lights were lowered, and the HDTV was on movie mode, all in preparation for FOX’s The Terminator: The Sarah Connor Chronicles. SciFi fans had waited months for the premiere but after all the pyrotechnics, all the frantic mother-and-son running away from Cromartie (which made the show feel more like The Fugitive than The Terminator ), Chapter One of The Chronicles didn’t have enough story to justify its breathless momentum. Plus, it didn’t seem to pay enough homage to the Terminator mythos. Still, the spare writing style gives hope for tonight’s conclusion of the two-part premiere. And, yes, the talented Josh Friedman, who wrote Spielberg’s War of the Worlds is the creator. Perhaps, after the shooting and running is done, the heart and soul will appear. Let’s hope so.