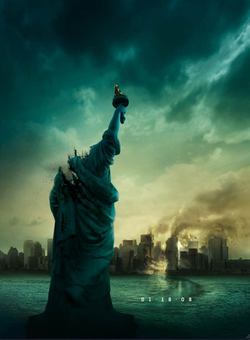 Journalists in need of a story often resort to the "two makes a trend" equation. Perhaps that’s why Variety‘s Anne Thompson put Cloverfield in the same category as Paranormal Activity. Says Thompson, "Cloverfield
and Paranormal Activity borrow admiringly from the Blair Witch
playbook: Make your pic as real as possible by casting unknowns who can
improvise. Eschew the gore, and scare auds with a homevideo documentary
style. And build suspense by not showing everything."

You can understand why Thompson likes these films: They’re closer to Hitchcock than to, say, Rob Zombie. The thing is: This is hardly a trend and Thompson can’t make it one simply because both films are cuts above the usual fare. The majority of horror films will always favor gore over suspense: It’s a popular foil to get people into the theater. Now, if both Cloverfield and the smaller Paranormal Activity prove huge hits, it could be argued that a change is gonna come. But until then, that’s a separate story.