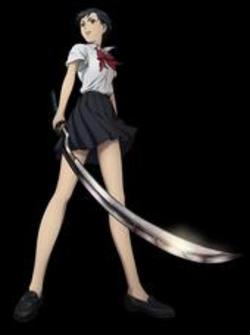 If you’re a horror fan who loves Japanese anime and manga, you’ll be sweating blood when you hear that Sony Pictures will soon release a mammoth, six-disc DVD set of Blood +, a vampire-filled cartoon series about an anemic girl who battles human bloodsuckers and other monsters with fangs. Not only does the set feature "all 25 episodes from the first half of the series…with bonus material on the sixth disc,"  but it also promises "an exclusive T-shirt, and a manga sampler—all in collectible packaging." The series, inspired by the animated film, Blood: The Last Vampire, has been lauded by critics and has launched lots of ancillary media stuff including a PlayStation 2 game and a CD in which Hagi, one of the characters, plays Bach on cello.  This is a richly conceived vampire world worthy of checking out when Blood+: Part One drops on March 4. Yeah, the package costs $120, but serious fans of the series will be lining up anyway. For others who don’t know about Blood+, put it in your queue.