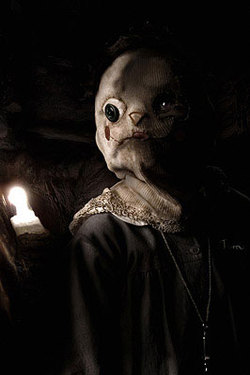 This year’s big prestige horror import, Juan Antonio Bayona’s The Orphanage (produced by Guillermo Del Toro), is gearing up to be this year’s Pan’s Labyrinth.  Like that modern classic, it’s getting rave reviews and is an official selection for the Academy Award for Best Foreign Film.  On the home front (which in this case is Spain), The Orphanage leads the pack for the Goya Awards—that country’s version of the Oscars—with a stellar fourteen nominations. The film officially opens Stateside in NYC and L.A. on Friday, December 28, then hits theaters nationally throughout the rest of the country in January 2008.