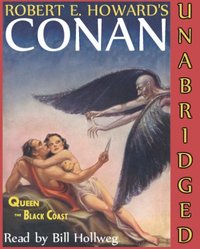 • Who will win in the robo-battle of the ages: Balloon Head or Penguin Bot?

• Blade Runner, Soft Drinks and You. Mountain Dew reinvents itself, sort of.

• Possibly the most absurd, badly narrated adaptation of Conan you’ve ever heard. Mako would roll over in his grave. Robert E. Howard’s Queen of the Black Coast audiobook.