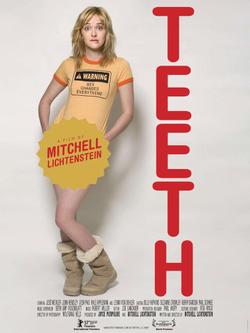 Back in October, when people actually cared about Saw IV, there was a rumor that the series would skip next Halloween and the studio would release Saw V and Saw VI at the same time a year later instead. Apparently, Lionsgate is too afraid of skipping a year so Saw V will be released on October 24, 2008, according to Box Office Mojo. It will be interesting to see whether it finds itself in competition with the Hellraiser remake which tears into theaters starting September 5 of the same year. Long overdue, if sooner on the calendar, is the release of Teeth, a horror flick with the rare distinction of having its premiere at last year’s Sundance Film Festival. This comedic parable (with a bite) hits the grind house on January 18, 2008.