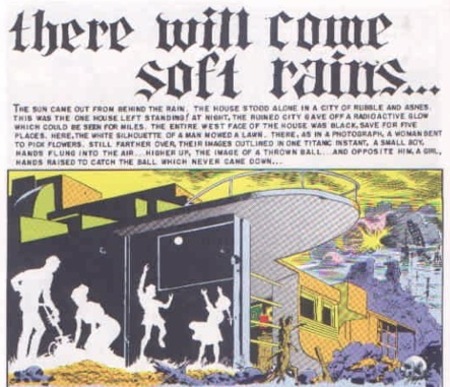 The problem of communicating with extraterrestrials has been a fascinating intellectual exercise for scientists and philosophers for most of the 20th century. Although Star Trek and Star Wars are rather optimistic that aliens will speak English with a perfectly recognizable American accent, it’s possible that they will, in fact, communicate in an unintelligible cacophony of blurps and farting noises.

And there’s the rub: We may communicate visually and aurally, but what if aliens communicate chemically? How do you convince them you are an intelligent life form when your body can only squirt out the smell of methane from time to time?

Generally speaking, scientists seem to have settled upon a mathematical and symbolic approach to intergalactic communication. That approach was used by NASA’s own Voyager spacecrafts. But people have been thinking about how to talk to extraterrestrials for a lot longer than that, as this article from the 1947 issue of Mechanix Illustrated makes clear with the charmingly titled "How Will You Talk To The Martians?"

How Will You Talk To The Martians? [Modern Mechanix]