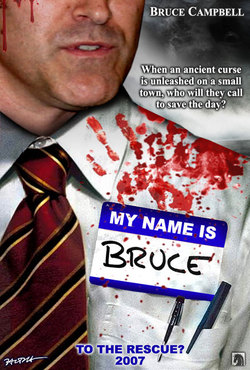 He’s got the chin of an A-list movie star, but his endlessly quotable, goof-ball roles have kept his feet firmly planted in the B-movie world. Lucky for him, that’s exactly where Bruce Campbell likes to be. He’s fought the trailer , but the outlandish story about a town battling an ancient evil is certainly pure Bruce. Not many actors would have the chutzpah to put their name in the title as well as direct and star in a movie but Campbell is far from your average actor. The film screened at the Ashland Independent Film Festival and CineVegas International Film Festival earlier this year. A straight-to-DVD release would confirm its pedigree was pure pulp. Let’s hope a national theatrical release doesn’t get in its way.