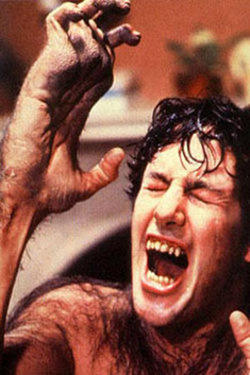 Howling at the moon. Chasing young women. Waking up (naked) in strange places. For some, that’s college; for others, it’s the life of a werewolf. And as the lead detective finds out in Howl (which is currently in production), it’s not easy reliving past glories when you’re on the LAPD. Forever changed by a random sexual encounter, the main character must solve the mystery surrounding a murdered young actress while simultaneously grappling with his unconventional werewolf schedule. According to Cinemablend, Eric Stoltz (The Butterfly Effect) was recently signed on to the project and will play a bit part as a redneck hot on the werewolf’s trail. Powers Boothe, Parisse Boothe, Kam Heskin, Muse Watson and Stephen Toblowsky round out the cast of what just might be the next American Werewolf in London. Or Paris.