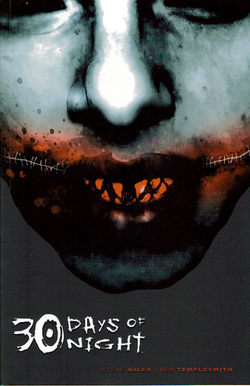 One of the biggest benefits of the digital revolution has been the sped-up turnaround time between a theatrical film’s closing and its home video release date. Just as soon as 30 Days of Night fled theaters comes word of its DVD release. According to Bloody-Disgusting, both the standard and Blu-ray DVDs will hit stands on February 19, 2008—a mere four months after the film was originally released, and three months since it left the theaters. And 30 Days of Night is hardly the exception to the rule. The underrated and misunderstood Bug hit DVD a paltry four months after its opening weekend while Rob Zombie’s Halloween is slicing its way onto DVD on December 18, three and half month’s after its debut. The days of having to wait six months to a year for a movie to show up on home video are hereby officially over.