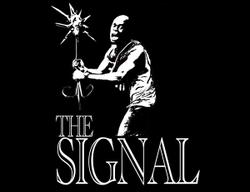 It’s been a long time coming, but the Writer’s Guild of America (WGA) has officially gone on strike. The walk-out is mainly fueled by a dispute over payment for new media writing — for DVDs, internet downloads (legal ones) and re-use of movies and TV shows on any platform. The strike has caused major Hollywood-writers both for film and TV to cast aside their pens and hop in the picket line.

While new horror ideas won’t be coming from America for the time being, maybe this will force distributors to pick up more foreign horror like [REC] and indie horror such as The Signal. It could be a time for the low budget, weekend warrior horror filmmakers to break through. Sure, Hollywood could crumble under the weight of a writer’s strike, but the fat cats can only hold out so long. In the meantime, let’s hope that our favorite horror movies will not be remade, provided they haven’t been already.