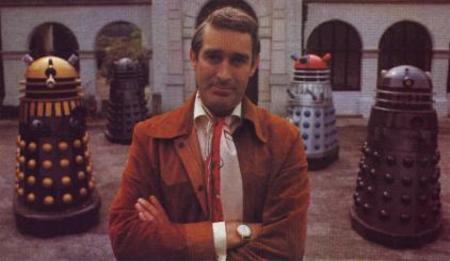 With the wild success of the relaunched Doctor Who, it’s only natural that the oily fat cats at the BBC have taken time out of smoking their Big Brother subsidized cigars rolled out of 100 pound notes to look back at their old catalogue and ask themselves, “What show can we relaunch next?”

It now looks as if said fat cats have found a likely candidate in the 70’s cult sci-fi show, Survivors.

The plot of Survivors was always a lot grimmer than Doctor Who. Created by Terry Nation (who also did Blake’s 7 and evem created the Daleks, for Pete’s sakes), Survivors ran for three seasons in the mid seventies and followed a small group of people who had survived a plague that had exterminated most of the people on the earth.

As the Forbidden Planet blog points out, It’s an interesting time, politically speaking, to revisit Survivors. In the original show, there was strong inference that the decimating plague was, in-fact, unleashed during the Cold War, either by or against the godless commies. In a post-9/11 world, revisiting that concept could either be very clever or very tiresome. It’ll be hard to know for sure until it airs.