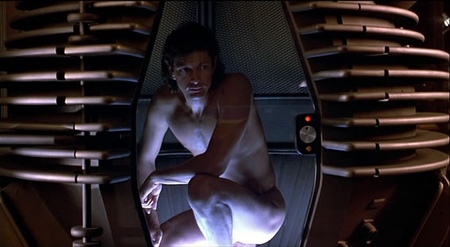 No one will ever invent a time machine. Wanna know how I know? Because I don’t see any people from the future walking around. Granted, 2007 might not be the first year that FutureMan would chose for a vacation. But think of any enticing year from the past, and a little research will show that there weren’t any people from the future there. That kind of thing would have made the papers. Sure, maybe someone someday will invent a gizmo that will let you go back and invisibly observe the past (which strikes me as a good reason not to have kids), but as far as interacting with it, as in my dream scenario of going back to the 1960s to buy IBM stock, well, I don’t see it.

We’ve always realized that you have to take science fiction with a grain of salt and a substantial suspension of disbelief. Because if you don’t, you’ll be like the cynical author of this laugh-out-loud Cracked.com feature on why we’d would be in deep dog doo if some of our favorite futuristic inventions ever became reality. So you think a cool teleporter like the one Jeff Goldblum invented in The Fly (pictured) would be cool, so long as you made sure there weren’t any pesky insects in it when you launched? Would flying cars, jetpacks, holodecks, and matter replicators would make life on earth a utopia? Read here and learn otherwise.