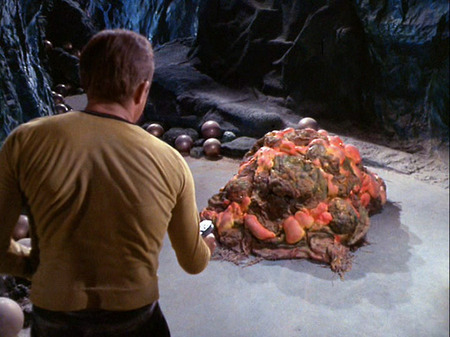 Yes, these were the villains of Star Trek‘s original series, in all thei low-rent, amateur hour glory. They’ve got a certain charm, really: though Star Wars did aliens better ten years later, the weekly special effects whiz-bangery of Star Trek went unparalleled for almost a decade.

Still, although it may take a certain twisted genius to come up with an alien who is half gorilla, half unicorn, I think we can all agree that, ultimately, the aliens of TOS are pretty silly. But I like silly, I like cheesy, and it sometimes makes me sad that the only aliens to make the jump from Star Trek to The Next Generation were the ones with elven latex tips glued to their ears. I’d rather have had Gorn on TNG than Worf.